Rates May Be on the Rise 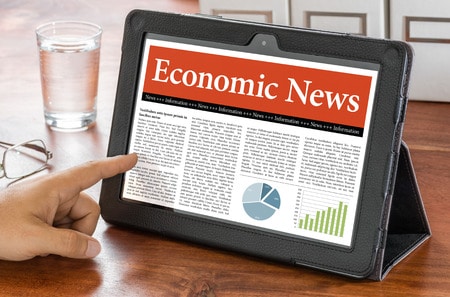 This week held a lot of good news (and some not so good) that points to a stronger economy. So sorry…

Why do I say sorry? Because when the economy looks stronger, that means rates might go up. Wednesday, the Consumer Price index or CPI was announced, and that number was up 0.3%, not a big deal.

The December Industrial Production number was up 0.8%, also not a big deal. The (Wow) December housing starts (new houses being built) were up 11.2%, but permits were down 1.6%. That, combined with initial weekly jobless claims dropping 15,000 made for an ugly day yesterday.

Today there was no economic news except that HUD announced 1 hour after the inauguration that they were suspending/reversing the decrease in the MMI (monthly mortgage insurance) for FHA loans back to 0.85% from the 0.6% announced not even a month ago.

So all in all, the week ended up with interest rates flat or slightly higher, depending on the program.

Your buyer’s interest rates can be locked in, so if you have a client who is close to having an accepted offer and is nervous about rates we can lock that interest rate in.

Remember, we also have the float down: if rates improve more than .25% after lock-in and after full approval, your client gets the lower rate. All rates are quoted at a 45 day lock in and assume a 720 credit score with 20% down, except for FHA and VA.

Have a great week, and call me if you need anyone qualified.