“Quote of the Week” 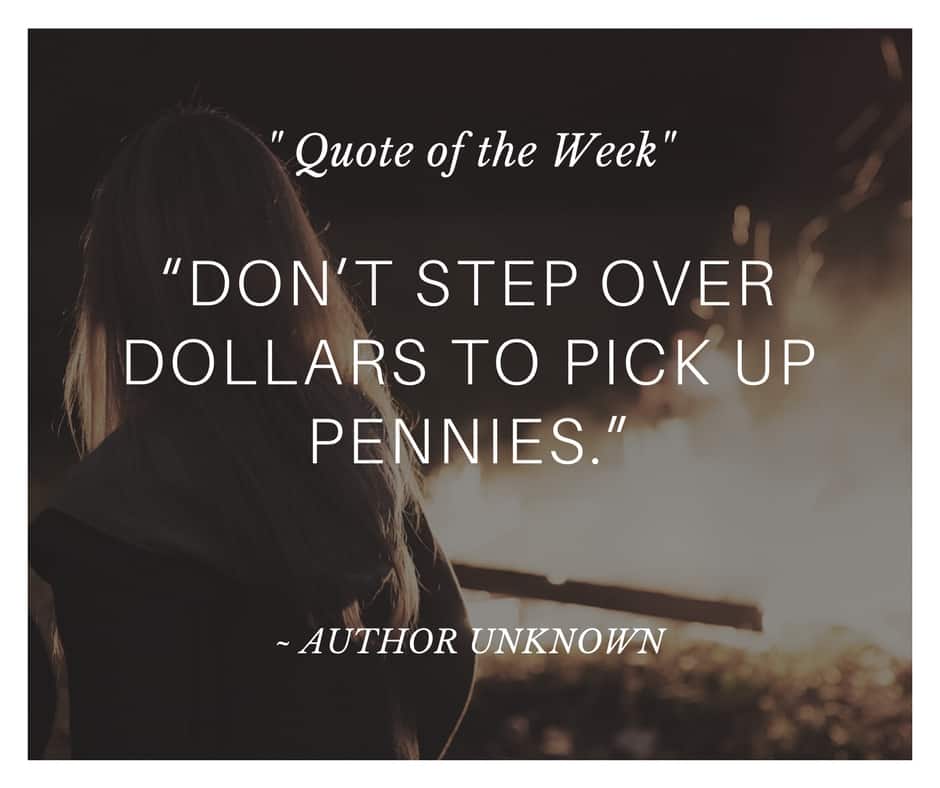 “Don’t Step over dollars to pick up pennies.”
~ Author unknown.

Sometimes we do activities in our day or life where there is a very low payout for the activity (emotional or monetary), missing the opportunities for the greater payout.

Do you find yourself going to 4 stores to get the best deals on groceries, which takes you an extra hour of driving around and being in more lines, meanwhile missing an opportunity to take your kids to the movies?  Or playing a game with them?

I once had a client who wanted to ask his girlfriend to marry him but was convinced by his friend that he could get a cheaper price on the ring in January than before the holidays because so many people get engaged or even just buy diamonds during the holidays and not as many during the January blues.

Well, he waited and got the ring in January.  Meanwhile, the girlfriend thought that he had decided that he didn’t want to ask since the holidays came and went, so she broke off their relationship.  My heart broke for him, especially when he told me he saved $500 on the ring.  Sometimes we try to save, but end up spending more or losing the opportunity.

Another case that comes to mind is the mileage credit cards. People try and build up miles points by charging on the credit card.  They carry the debt and pay interest and end up spending more in interest than the value of the plane ticket miles.

So think about where you might be stepping over dollars to get to the pennies.